I was very honoured recently to be asked to work with Counsellor, Bob Brotchie on a fantastic new project he has pioneered. His ‘Living with…’ series is a way to explore the day-to-day ‘lived experiences’ of individuals dealing with a variety of conditions and illnesses. – H

It was Bob’s hope that in reaching out to others, and asking them to articulate their experiences, it would not only help those in a similar position to feel less alone, but that it would also be an informative and useful resource for people who know very little about specific conditions.

The series begins by exploring Bipolar Affective Disorder a biological mood disorder that affects around 1 percent of the population worldwide, with no differences between gender, race, ethnicity, religion or social class. According to Bipolar Focus each year roughly 5.7 million adults in the US are affected by bipolar whilst there are around 250,000 diagnosed cases of bipolar in the UK, according to current estimates. The average age of onset is usually in adulthood, typically around the ages of 15 to 25 or thereabouts. Men tend to have a slightly earlier onset than women, usually around 18 whereas women may not display their first symptoms until they are between the ages of 25 and 30.

Trigger warning! Discussion around Suicide follows further down the page!

Researchers have found specific genes that contribute to an individual having BP but it is considered that there may be many, many genes that play an influential part in one developing the illness and therefore research is still ongoing. It is crucial to know that if a person is born with a predisposition to BP, this will not in itself create the illness in the individual. As the well known saying asserts ‘your genes load the gun, your environment pulls the trigger’. Therefore, it is quite possible for someone to have a genetic vulnerability, but if their environment does not produce a stressor that pulls their metaphorical trigger, then they will not go on to suffer, perhaps in the way I did for example.

I was a teenager in the nineties and although in popular culture there may have been references to ‘depression’, it wasn’t necessarily a word that meant much to me or captured how I felt. At school and at home, mental illness was pretty much a vast expanse of nothing, a desert like terrain with no evidence that anything ever existed and on the odd occasion when I did mention not feeling so great, it seemed as if I had made a social faux pas and so I simply scuttled away, humiliated. 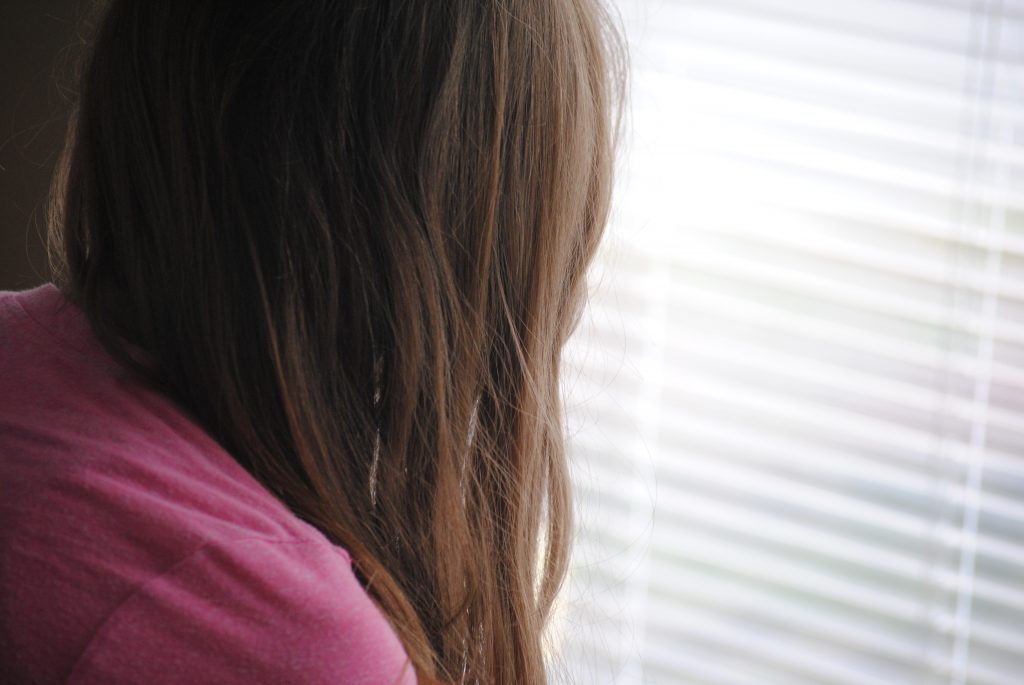 Words such as ‘blackness’ and ‘despair’ and ‘dread’ were more familiar and precise ways of describing how I often felt. Though knowing something and being able to articulate this to others who also have little knowledge or understanding can be immensely difficult. After all, children don’t feel depressed or anxious, they have nothing to be depressed or anxious about many well meaning members of society will forcefully interject, profiteering age old ideas such as ‘school days are the best days of your life’ and ‘teenage years are the best years of your life’. When these sentiments are proven to fall on shaky ground, rather than take heed, they prefer the comforting swath of denial and a cup of tea as they talk about their grown-up neighbours and their carry-ons over the garden fence.

Over the years, although peoples understanding of my mental health struggles remained cloudy and somewhat in concise, their perceptions changed as they watched me fight something that at once seemed tangible but altogether confusing and nondescript. Mania’s and depressions littered my life, their remains spilling chaotically into all areas, like a bush fire running rampant.

My relationships failed time and time again due to my outrageous and often argumentative behaviour and sexual indiscretions; friendships drifted away as I could only sustain them when manic and would hide predictably for months when depressed. I lost my home due to impulsive and grandiose ideas, fell into substantial financial debt due to enormous spending sprees, which often resulted in me purchasing the same thing up to ten times. Everything I tried to do in life was either lit by the flames of madness or put out by them, ideas, visions, aspirations all ended up as a pile of ashes, tentacles of grey smoke rising into the cavernous air , the smell permeating ones nostrils, the sight forever a painful memory.

So, what is Bipolar Affective Disorder you may ask?

It is a biological mood disorder that has close links to Schizophrenia; one could say they are actually sisters in terms of shared similarities. Like Schizophrenia, bipolar can run in families and it has been postulated that if one suffers from it, then someone in your family, even if a very distant and unknown relative perhaps, also did. 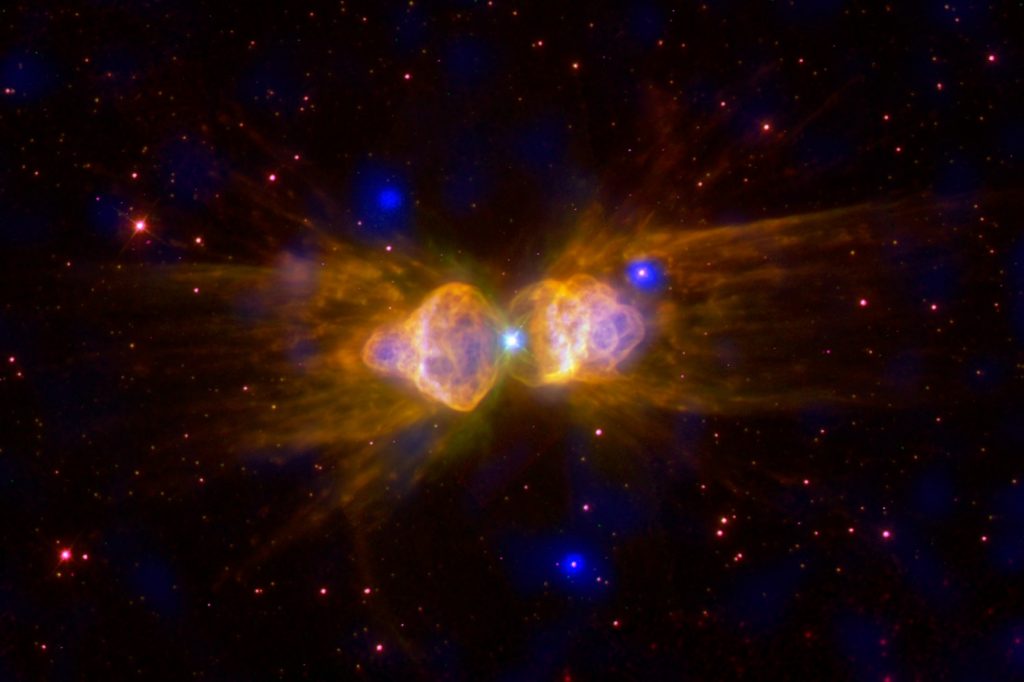 BP is characterised primarily by chronic and extreme mood swings, the name Bipolar given to represent the two poles, mania and depression that a person experiences. There are different types of Bipolar Disorder, for instance the most severe is type I – mania and depression including psychosis – then type II – hypomania only and depression and then a milder but no less difficult type is called Cyclothymia, which is the type that actor and comedian Stephen Fry has – but ultimately it is the same condition simply manifesting in different way. To give you some understanding…

Bipolar Disorder regardless of your own particular perspective about it, whether you see it as an gift, a mental illness, or even a brain disease is a dangerous and sometimes deadly condition to live with. Patient.co.uk suggests that people with a diagnosis of BP have a 15-20% greater suicide risk than the general population and at least 25-56% have attempted suicide at least once and at least 15-19% die from an suicide attempt.

I myself have attempted to take my own life numerous times, especially during the years before I was diagnosed. Unfortunately in the same way that mental illness can be a stigmatising and misunderstood subject, so can suicide with opinions and views flung around judgementally by people on their moral soap boxes. Regardless of one’s religious or personal views on suicide, if someone attempts to end their life, they are quite obviously in great psychic pain, and what they need is compassion and empathy, not condemnation.

This brings me conveniently to myths and some of the misconceptions that swirl around our collective heads with regards to mental illness.

Many times when I was younger, people would tell me that I was ‘moody’. I found this assessment of my character rather odd as I often felt that I was calm, rather fair spirited sort of person when I was well. It’s only through time and understanding the changing linguistics and new interpretations of words that I have come to realise that in popular culture ‘Being Bipolar’ is now seen as the new catchphrase for anyone particularly volatile or changeable in mood, especially controversially if that certain someone is doing something that affects you personally. Although we all accept that language changes and adapts over time, I find it personally galling that a serious illness such as BP can be tossed around so indiscriminately by people with very little knowledge or understanding of what mental illness actually embodies for the sufferer.

People suffering from BP have chronic and severe mood swings that are noticeable to others around them. At other times their moods may be less extreme but there are still quite obvious concerning changes in a person. These changes are often long-lasting, related to no specific event and often affect the persons ability in day to day functioning, holding down a job, looking after family, even looking after themselves.

Additionally, the mood swings or slight ripples that a person gets because their date cancelled on them, they are miserable because their diet isn’t working or they have a bad hair cut and will have to invest in a hat for six weeks, are not remotely like the extreme mood shifts of Bipolar Disorder, although we hear of many who would like to claim them to be. At the same time, people with BP are not ‘happy one moment and sad the next’ but have a biological mood disorder that they can not ‘snap out of’ and it is not the workings of a fickle and slightly temperamental friend who can’t make his/her mind up as to what mood to be in.

Most people have limited understanding of what mania actually is and often through the media, television and film; this limited understanding is embellished so that a person thinks it is essentially having a fun time. Feeling elated and euphoric although symptoms of mania, are not always present. People can feel very afraid when they enter into a manic cycle, as their thoughts, mind and indeed their very lives aggressively career out of control. They can feel anxious, incredibly agitated, frightened and paranoid and can go on to have terrifying psychotic episodes. It is not always fun and even when it appears to be so, it can very quickly change.

Some psychiatrists will try and convince their patients that all they need is medication but actually in the same way that we would look at our whole selves and lifestyle if we were diagnosed with a physical illness, we need to do the same thing if we have BP to manage. No pill without sufficient lifestyle changes, including regular routines, good sleeping habits, a healthy balanced diet, regular exercise, ways to keep stress levels down and relaxation techniques to name a few is going to treat Bipolar Disorder effectively by and of itself. Our minds and bodies are inter-connected and in order to manage a mental or physical illness we have to look after and manage both in tandem.

Although there are many myths that I would like to explore, I simply don’t have the space. What I do hope is that in writing this introduction I have given you some idea of what to look forward to and expect over the coming week. Bob’s whole aim for this compelling series is the hope that through reading the candid and often complex real life accounts of people who live with this disorder over the next six days, he will be able to offer a more real, authentic and personalized understanding of Bipolar Affective Disorder and that he can provide some much needed clarity about an often little known, confusing and terribly misunderstood condition.