How do we commemorate Tim, our resident guest writer, sharing his family history, relationships and feelings for the last five years? By asking him to share more with us.

Actually, I prefer the sub-title, Halfway Between Flying and Crying, because that is how I have felt all my life, that I have been halfway between the exhilaration of flying and being in tears of despair. I don’t mean the flying to be inside a plane. I think of it as just me, flying, as in a dream. What am I talking about? Don’t worry, I’ll get to it. I’m working up to it in my head. You don’t seriously think these pieces are planned, do you?

That ‘flying’ thing – you know I’m weird already, if you’ve read the pieces I’ve penned for Bob before.

No, not weird. Angry. Somehow unfulfilled. Seeking the thing that is just around the corner, the thing I can’t see, the thing that, if I catch a glimpse of it, runs away on silent feet.

I can pin that thing down if I write it down. And I write.

I write in the genre of my teenage years and have done since 1997. I’m a self-published, some say vanity published, author on my own website which I will not link to here. It’s not relevant. 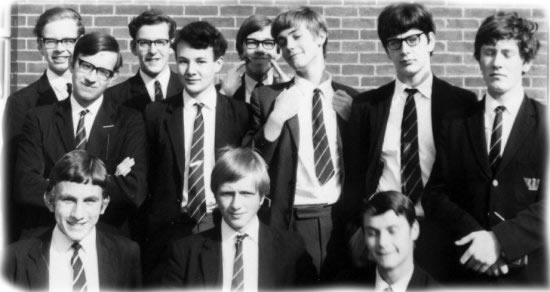 Writing… now that is relevant. Follow the word cloud on the right-hand side (or bottom if you’re using a mobile) to ‘Tim’ and you will see what I write for others, not on my website, but here. Some pieces are challenging. They challenge you. All have helped one person for sure. They have helped me, Tim.

At the end of January 2019, I took stock of a piece I had written and completed, bar titivating, in 2009. I polished it, tidied it, uploaded it to Amazon, and started to fret.

No, not about whether it would sell. It will or it won’t. I wrote it for me, as a catharsis. I fretted about what others would think of me.

It’s not that I don’t care what others think of me. What I care about instead, is what I think of myself. My self-image was awful until a few years ago. I’m still shaking off the remnants of the nasty suit of rusty protective armour I used to wear. It made me grumpy, unpleasant, aggressive, unlovable, yes, even unloved by me.

I must care a bit, though. That picture up there… I’m in it, but I never told Bob which one I was. I’m kind of shy still, somehow. I’ll make a deal with you. Read to the end and I’ll tell you.

Writing, writing, writing, whether for public consumption, niche consumption, or just my own consumption, that is what has let me bring myself through it. I’m not arrogant enough to think that the tale will interest others as much as it interests me. You see, it’s me. This is my chance to speak, without interruption, about myself. It doesn’t matter whether anyone is listening or not.

When do we get the chance to do that?

I don’t mean the solitary railing about the injustices of the world while the rain conceals our tears. Been there, done that, a lot. It doesn’t help much.

I mean think about things you want to say, have to say, and write them down. Grammar, spelling, syntax? Forget them. This piece, here, now, is stream of consciousness stuff.

I go back and tidy it before I send it to Bob. Right now, I’m speaking. It happens to be to you, and, though I’m aiming it to you, it’s about me.

Writing helps me and this is what I wrote about in Queer Me!

Tim discovers, to his horror, at 13 that he has fallen deeply in love with another 13-year-old boy. The coming of age story of a shy queer teenager in the Swinging Sixties in the UK, this true story is the dramatised diary of Tim’s teenage school days. The emotional ride starts on his 13th birthday on the 5th of August 1965, in a grey coast town in North Wales while he still thought he was heterosexual and ends as he leaves school in December 1970 aged 18.

His parents never understood who he was, never realised he had insecurities, was failing, was in love, was afraid of them, that he needed help. They told themselves he was a perfect China Doll. Queer China Dolls were faulty. In his family, faulty China Dolls were smashed. This is the UK when homosexuality was first illegal; then, in the days leading up to its legalisation for consenting adults in the UK in 1967, it was talked about in parliament and the press as abhorrent, a perversion, an abomination.

These were bleak times to be a gay teenager, yet Tim shows his hopes and fears throughout. The places are real, so are the boys. The names are changed to protect the innocent and the guilty alike.

I showed the Amazon link to Bob. I wondered if he might want to use it as an example in his one on one work with folk to encourage writing as at least a partial catharsis. He asked me to write this piece for the blog.

Am I expecting you to buy this book? No. You can learn more about me if you like by clicking the link at the bottom, though.

I’m expecting you to ask yourself whether writing your difficult thoughts down will work for you. You don’t need to share what you write if you don’t want to. I find sharing with strangers to be helpful. You may not.

[Ok, the deal I made with you. I’m the blond lad in the centre of the front row. It was taken in 1969. I was rising 17. This is the setting of Queer Me!, and one other lad in the picture was important to me. Even the picture is a form of catharsis.] 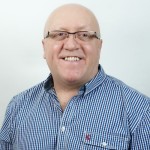